Stronger than the foundations of the Earth! 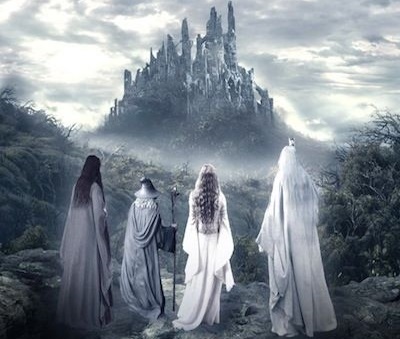 Right then, so about those American politics they've got down there.

As with the recent boringness of Australian politics, there hasn't actually been much change from the situation I posited more than two years ago whereby Hillary Clinton has the presidency in the palm of her hand. The rise of Donald Trump was unforeseen by anyone, pretty much, even though early polls from the moment he started running indicated he should have always been considered the massive favourite. Not even Nate Silver trusted those polls. The resultant slow and delectable implosion of the Republican Party in the Battle of the Seventeen Armies hasn't changed the fact that abided from before that orange swan event: that Hillary is destined to become the queen of the world.

Or, at least, that's the narrative being pushed by much of the left at the moment. There are many examples, but here's one from Lawyers, Guns & Money:


And don’t kid yourself: Trump is a terrible general election candidate. I’m not basing that on the head-to-head polls, which show Clinton thumping Trump; they generally aren’t very predictive this far out, and while they might mean more than usual this year because of how well-known both candidates have been for so long, there’s no way of knowing that ex ante. Rather, it’s that 1)the Democrats have a structural advantage in the electoral college all things being equal; 2)his unfavorable ratings are insanely high, putting him in a major hole and negating Hillary Clinton’s own high unfavorables, which should have been a major opportunity for the GOP; 3)Trump is almost certain to mobilize a high minority turnout; and 4)giving sexist boors enough rope is one thing that Clinton does really well. I would never say that it’s impossible for a major party candidate to win an election under the current partisan configuration, but Clinton is a yooooooooge favorite.

I don't disagree with the logic, I suppose, but surely the left can't get that lucky? There must be some event or reason out there in the near future which will bob up to prove that we Can't Have Nice Things, especially after eight years of the best president I am likely to see in my lifetime. The fundamentals are all pointing towards Hillary in this cycle, but then they all pointed away from Trump in the GOP primary and the fundamentals were shown to be fundamentally weak, as Silver found out to his discredit. And we have the signal example of the most recent UK election to show us that polls are not infallible either.

We have over twenty weeks to wait until the first presidential debate. I think the thing that most instils faith in me that the rout is on is that so little has changed in the polls for so long with these two. Both Clinton and Trump are completely known quantities at this late stage of their public careers. There's not much at all that is going to change anyone's opinion of them that they haven't already heard, so all the shouting in the interim is likely to mean precisely nothing. It's been a bit of a trend in politics in what I have called the Great Interregnum, this resolute obstinacy in the public domain. Clinton is the immovable object, and Trump is an eminently resistible force. It will be fun watching him and his supporters headbutt brick walls from now through to November.
Posted by Paul Montgomery at 10:36 AM