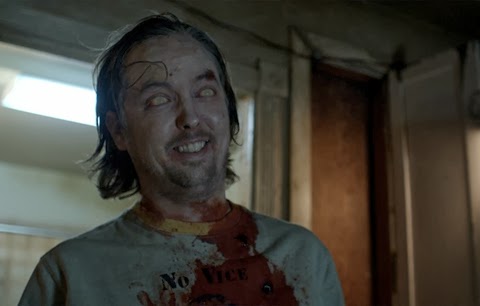 I have been ambivalent in the past about Katherine Murphy's work, both at the Age and her new gig at the Guardian. Her role as liveblogger of the day's federal political cycle has led her to report on a lot of faffery, and her long form work has consequently been drawn to the short term and superficial. Arguably this is merely a reflection of the limited (and limiting) work she has been given to do to suit the interests of the publications she writes for, not her own skills as an analyst.

Nevertheless, her piece on Zombie Bruce Hawker's election diary was a big head nodder for me, and well written it was too.


The great resonant emptiness in this Rudd rebellion recount is the apparent absence of an agenda. Rudd spent years campaigning to regain the Labor leadership but apparently had no cut-through idea of what to do when he had it. This, of course, by implication, is the fault of others. There was simply not enough time for him to map out an alternative agenda. (Really? That busy on the backbench?)
Net result: no coherent campaign. No consequential pitch for a third term in office. Just “diamond-studded toolboxes”, “bloke-ing up”, policy cooked up in the campaign plane, cycles of war and attrition with News Corp – confidences that would be laughable if they weren’t in fact lethal; lethal for political journalism.

Rudd devotees saw what they wanted to see in him. This is not a new insight, of course, but as more comes out about Rudd II, the more these acolytes are exposed as not understanding what motivated Rudd, not adding up his deficit in substance. Professor John Quiggin saw a centrist, someone to the right of the Left's Julia Gillard and thus more electable. The Piping Shrike saw an anti-politician, navigating his way between the factions strange-attractor style, pathfinding a New Way in a Blairite repudiation of the factional system.

In retrospect: this was all bullshit. Rudd II was not only just another politician, but he wasn't even a competent one. In Quiggin's own formulation, he practised zombie politics. He was not a messiah whose 40 days in the wilderness transformed him into a generous leader of men. He was a brainless revenant, who had no reason to go on after accomplishing his main goal of revenge on Gillard. He shambled from presser to presser, powerless to escape the media cycle. The public picked up on this, and his poll numbers retreated from parity back towards much what Gillard would have achieved if Rudd had withered away instead of finally sinking those claws in.

The one thing we will never know is how Gillard would have gone if Rudd had not destabilised her for her entire reign. Could she have been the next Hawke if Rudd had withdrawn gracefully like Hayden did? One for the historians.

As part of the statification of Australian federal politics I have been banging on about, the preponderance of Liberal premiers in Australian states are now giving us a taste of what we have to look forward from Canberra under Tony Abbott.

- WA premier Colin Barnett is presiding over a budget blowout which has necessitated a credit rating downgrade caused by an obsession with spending on boondoggles and a lack of political will to implement revenue measures to balance the books. But hey, more Eagles members can watch their team go around at the new White Elephant Stadium!

- Queensland premier Campbell Newman has not only declared war on bikie gangs, announcing plans for a bikie Gitmo where the rule of law is thrown out the barred window, but has chosen to simultaneously announce three new casinos. The justification for the bikie crackdown is apparently the effect it has on the education export trade. Just another day in glorious Queensland.

- Victorian premier Denis Napthine is coming down on the side of police in their role as glorified tax collectors, by further strengthening speed camera regulations.

- NSW premier Barry O'Farrell has racked up up the ton in reviews, after giving in to a new casino in Sydney controlled by James Packer.

The overall picture is of small-minded actuaries whose main concern is with bookkeeping. Vision is anathema to this style of governance. Smoky backrooms where deals are done with cronies don't generally include feature windows. This style of politician looks at their best when they are staying schtum and keeping themselves out of the paper, as Napthine and O'Farrell are mostly doing, and as Abbott himself has largely done since the election. Niki Savva summed up the federal implications, supporting the statification theory:


While Abbott's decision to tone down is so far working well publicly, it has not won universal applause. Four times in the past few days, four keen observers and participants I spoke to in preparation for this column, one Labor and three Liberal, referred to the rigid staff selection orchestrated by the chief of staff, media restrictions imposed by central command, the seemingly languid responses, and then all mentioned one former leader: Ted Baillieu in Victoria.

None of them meant it as a compliment. Even though no one seriously believes Abbott is another Baillieu, these early markers have sent ripples through the executive corridors and those who watch them closely.

Baillieu is indeed the template. While Abbott had a lot more warning that he would win than Ted did, he made the same mistakes as Baillieu in that he is now similarly hamstrung by budget commitments made during the election that delivered him victory. Baillieu had a choice after he went into the 2010 election promising a huge increase in spending for security guards at train stations: renege on his promise or blow out the budget. He chose the latter, and the lack of wriggle room this gave him came to define his premiership, as he looked like he was doing nothing at all - not to mention the security guard policy turned out to be a massive flop.

Abbott's fiscal straitjacket is more ideological in nature, self imposed but no less tight. This is why the hapless Joe Hockey is floating up the idea of the private sector funding infrastructure stimulus. Joe wants his Keynesian cake and wants to eat it too, without the bucks bulging his budget's belly. This is very much a state government idea, the public-private partnership (PPP) where industry is supposed to take the risk and reap the rewards if the public use the new tolled infrastructure. The only problem is that toll operators have been burned too many times by state governments on that one - Brisbane's Airport Link and CLEM7, plus Sydney's Lane Cove and Cross City tunnels all failed - and are going to refuse to play Hockeyball unless they get a guaranteed return.

Meanwhile, if the right get their way in America and engineer a debt default which immediately knocks four percentage points or more off US GDP, Hockey is going to be even less able to handle the globalised damage without relying on the RBA to bail him out from the monetary side. The RBA has a lot more slack before it hits the zero lower bound than most other OECD countries, but even so, that wouldn't last long if Ted Cruz presses the big red button.

No doubt the next move will be to flog off assets, with the successful float of the Royal Mail leading to covetous eyes being directed towards Australia Post. I suppose if Abbott wants to rerun the Howard era in full, there has to be an equivalent to the Telstra float.

The ultimate consequence of Abbott following Baillieu's basic plan in the larger federal arena is a Super-Baillieu: an even more broad disappointment to a wider constituency. The current trend of unbelievably fawning treatment of Abbott by the press will inevitably change. Once he starts actually doing things that can be judged first hand, it will be difficult to pretend he is Prime Minister material.
Posted by Paul Montgomery at 3:03 PM 1 comment:

A comment of mine on Crooked Timber has been endorsed in an OP by none other than Brad Delong, one of the most prominent economists in the world. This wasn't even on my bucket list, it would be like Leigh Matthews name checking me on Friday Night Football.

The route to get to this point is more circuitous than the debating tactics used by Catallaxians to defend Tony Abbott's incompetence. In the beginning, there was the Internet. Thank you, Tim Berners-Lee.
Posted by Paul Montgomery at 4:05 AM 1 comment: