The ultimate demise of Tony Abbott 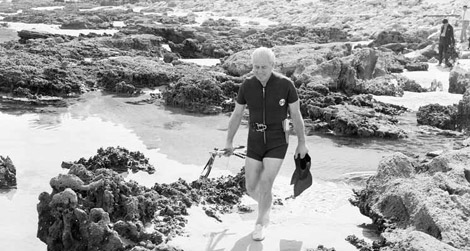 After getting knocked off 54-44 by Malcolm Turnbull in a spill this evening, Tony Abbott ends his career as the shortest serving Prime Minister since Harold Holt. Andrew Elder leads the celebration.

As a Prime Minister, he was a victim of the malaise affecting both parties: that neither right nor left can claim any connection with their respective bases any more. Labor can't claim it's the voice of workers since the Hawke/Keating era of neoliberalism which put a lock on real wage increases; the Liberals can't claim they're the voice of business because their anti-Keynesian stewardship implements anti-economic policies which are ultimately poor results for demand which underpins growth for business.

Coming mere days after the election of Jeremy Corbyn as the new leader of Labour in Britain, it is tempting to draw the conclusion when considering the concurrent rise of Syriza and Podemos - not to mention Bernie Sanders who is tipping Hillary Clinton to the left in the US Democratic primaries - that there is a resurgence of populist anti-inequality thinking among centre-left elites. This would most likely be too pollyannaish, as there's still a lot of power residing in the Blairite, Ruddeqsue, Clintonian centrist elites.

There is an argument that America was the first Western electorate to show the polarisation of the electorate with the centre unoccupied by anyone electable, which Europe has followed and the UK is only the last example. There are very few Blue Dog Democrats left, or centrist Republicans. Similarly, Blairites hold very little power in the current Labour Party.

From an domestic Australian perspective, nevertheless, I still have the capability to be cynical about this "victory" on behalf of the left. I still think the most likely scenario in the medium term is that Turnbull loses the next election, hopefully to Albanese or Plibersek. I shudder to think that NSW Right machine man Shorten will lead the ALP to the next meaningful clash. As an example, consider my old mate Paul J who has finally left the ALP after many years of service as a branch member, due ostensibly to asylum seeker policy but more broadly due to machine-based lack of democratic accountability.

Both sides of politics in Western countries should be facing their ultimate mortality because they have lost touch with their bases. When one or the other side is forced through electoral reality to face that weakness, democracy is the winner. I hope Labor is similarly shocked out of its ennui before the next election.
Posted by Paul Montgomery at 10:28 PM