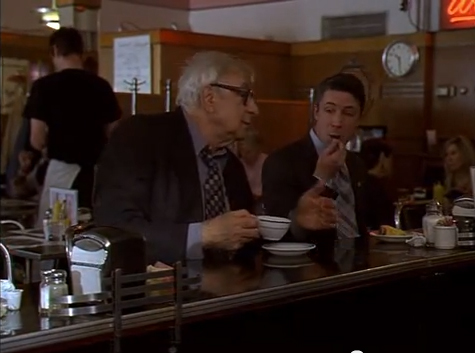 A week into the Tony Abbott era, and we still haven't got a government yet. So far so good, both sides say.

The Wire-style bowls of shit are already piling up on the desks of Carcetti Abbott and treasurer Joe Hockey.

- The Indonesians have delivered a big one, already knocking back Abbott's Jakarta-focused policy at first glance, leaving him with nowhere to go;
- Treasury has a steaming pile of doo-doo ready for him in the form of sharply written down economic forecasts, leading Hockey to scramble for his volumes on Keynesian economic orthodoxy;
- The RBA and the Australian Prudential Regulation Authority are now warning of another debt-fueled housing bubble, meaning that the Libs can not claim ignorance if someone sets alight the tinderbox near the thunderbox that is the overpriced Australian housing market - and if they don't want monetary policy to be so loose, they had better loosen the purse strings of the federal budget;
- A related excretory problem is speculation by self-managed super fund operators, who are traditional Liberal voters but are ripe for the wiping by Hockey in his search for waste products in the tax code, mollycoddled as they have been by upper-class welfare with Howard's FBT concessions;
- And finally, if the Chinese slowdown wasn't enough, the US taper is about to hit, which will shower the world in the same sort of austerian shite that the Europeans have been sprinkling for years now - this may have the short term benefit of lowering the Australian dollar, but will have other bad direct and indirect effects on us and our trading partners.

When he sits down to consume these gourmet political delights, will Tony have the wherewithal to say "yummy"?
Posted by Paul Montgomery at 3:44 PM